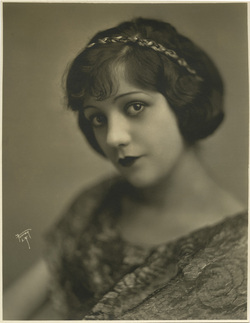 Elinor Fair is an enigma. She came from a family that moved constantly, she married many times and after her movie career ended she all but disappeared into anonymity. Her life after 1944 is still mostly a mystery, mostly.

Actress Elinor Fair was born Eleanore Virginia Crowe on December 21, 1903 in Richmond, Virginia. She lived with her parents Harry (a salesman), Helen Crowe and her older brother Donald. Sadly Donald died in 1904 just four months short of his third birthday. During her childhood her family moved many times and she lived in Virginia, Washington State, California, Pennsylvania and possibly other states such as New York and Connecticut.

Though her first screen credit was at the age of 12 or 13, some press reports have Elinor starting her career as a musician either a violinist or a singer (depending on the news release you read). According to those same releases she studied music in Leipzig, Berlin, Paris and London but returned to the United States when World War 1 broke out. Either way, around the time of World War 1, Elinor worked on stage and in Vaudeville and eventually the family moved to California where Elinor was  discovered as a dancer in a Los Angeles theatre and soon found work in silent films.

A Career in Films 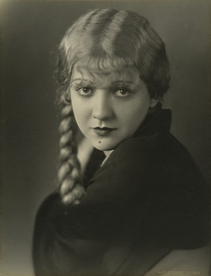 In her earlier films she was credited as Eleanore Crowe, Eleanore Fair, Lenore Fair and finally legally changed the spelling of her first name to Elinor. She kept Fair as her stage name though off screen she was Elinor Crowe.

Elinor was a popular Fox Studios actress and received positive reviews for her performances in both drama and comedies. Some of her most popular early films were a string of comedies about the mariatal misadventures of a couple where she was paired with Albert Ray. For a period in the teens, she went back to stage work but soon Hollywood beckoned and she returned to films. In the early 1920's came more diverse films and again, more good reviews of her performances. 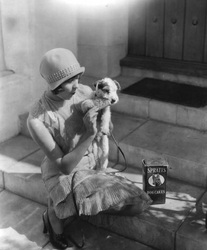 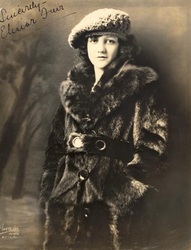 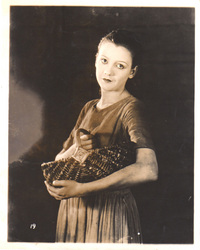 In order to relax after a hard day under the kliegs, Elinor liked to read detective stories such as Conan Doyle's Sherlock Holmes stories. She also liked to write, scenarios and stories of her own.

As the world rung in 1924 as a New Year, Elinor was chosen as a WAMPAS Baby Star as was custom every year. By that point she already had at least 33 movies under her belt. Her publicity man described her as "Slender and buoyant". 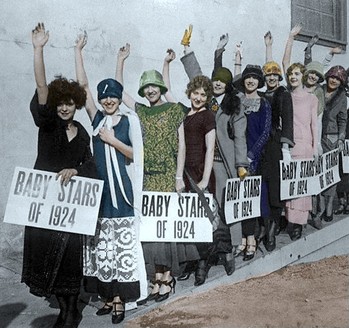 Elinor's  biggest role came when she caught the attention of Cecil B Demille. He gave her a screen test for a part in one of his upcoming historical dramas and despite crippling fear or nerves, she got the part. DeMille cast her opposite actor William  Boyd in 1926's epic film "The Volga Boatman" and as the feminine lead she certainly did shine. Unfortunately this film was to be the peak of her career.

During the filming Elinor and William Boyd fell in love, and when the filming wrapped they were married in Santa Ana on January 13, 1926. It was his third marriage and her first. She was quoted as saying "Even a baby can become a bride in such a long time as two years" (referring to her WAMPAS Baby status). After the wedding, she went on to act in more movies some of which also starred Boyd like The Yankee Clipper and Jim the Conqueror.

Here is her description of her ideal man: "My ideal man is a clean-cut American. He must be well educated. I demand of him that he be faultlessly groomed at all times. He must be dark, tall and willing to talk to anyone. I could not stand a man who was what we on the screen call 'Upstage'. It does not make any difference to me whether he has a fortune or not. I think that I would rather he did not have a lot of money. Of course I would expect him to provide a comfortable home and to be a considerate husband and father, but to me money is not essential to happiness. Above all, my ideal man must be clean-mouthed. I hate a man who swears."  (Elinor in 1919) 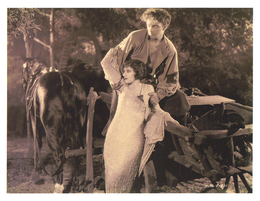 At first it seemed she was happy to be Mrs. William Boyd. Of course they were portrayed in magazines as the perfect happy couple, and they probably were at first. But in only a few short years the marriage ended badly amid rumors of mental instability, drug use and infidelity on Elinor's part. The final decree came in November of 1930. One final note: There is incorrect information about her having a daughter with Boyd during their marriage, this is false. They did not have any children together.

With her marriage finished, Elinor attempted to go back to work although the parts became less important and much more scarce. Some accounts say she had put on some weight and her strong Southern accent worked against her in the talkies. I did find a newspaper article that completely discounts that by saying how thin and beautiful she looked. In 1930 she was able to find some extra work and her last film was an uncredited bit in 1934.

Frail mental health and 'nerves' no doubt came into play. Of course magazine articles and newspaper bits often liked to comment on former stars from the silent age as $15 a day extras sitting almost forgotten on studio benches or begging for film work, it must have been humiliating for her.

After all the good parts stopped coming her way, things started to unravel for Elinor. After years of being a top billed actress she was given only small and sometimes uncredited bit parts. Life would never be the same for her and soon her mental stability would be called into question as her behavior became more and more erratic.

In December 1932 after having a fight with her movie stunt pilot fiancé Frank Clark, she flew to Yuma Arizona and eloped with aviator Thomas Daniels out of spite. A few hours after the nuptials, Elinor returned to her fiancé and explained to the press "I was blue after having quarreled with Frank Clark my sweetheart and I thought I'd show him  how smart I was. It was just a big mistake." After this affair, Daniels was arrested for writing a bad check to cover the flight to Arizona though this was soon cleared up when he made good on the payment. A few days later Elinor was reported to be 'seriously ill and at  the home of her mother recovering'. I have found no evidence of her ever marrying Frank Clark though in January of 1933 she was seen out and about with him.

In July of 1934 shortly after Elinor received her annulment from their first marriage, she remarried Thomas Daniels. Their second divorce came in 1935.

By 1936, in her own words she was broke due to "poor business investments and wildcat stocks"  Elinor was financially destitute and was unable pay her rent or medical bills. Both of her ex husbands stepped in to help her out. William Boyd hired a doctor and a nurse for her and agreed to pay all her expenses until she was able to work again. Thomas Daniels took care of her rent and was quoted saying "I didn't know things were as bad as this."

"If Elinor could just get her health back" said her mother Mrs. Crowe "I know she could go into pictures again. But her nerves won't stand it. Everything is gone now - money, furs, jewels, cars. I don 't know what we are going to do when another rent day comes around." 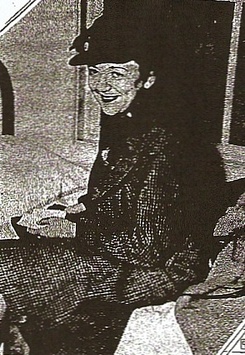 A short time later when Elinor and her mother were about to be evicted from their apartment, Elinor was found by the police wandering the streets in a bad mental state wearing shabby clothes and stockings with runs in them. At the hospital, when asked where she lived her reply was: "It doesn't matter, the rent is up at noon." A doctor diagnosed her ailment as an acute nervous condition.

Officials from the Motion picture Relief Association intervened and spent hundreds of dollars to place her into a private home where she could receive proper care.

In 1938 Elinor along with other broke and forgotten silent movie stars petitioned the  governor for a law that would compel actors and actresses to save 10% of their earnings in order to protect them from having to beg for bit parts when they were no longer in demand. It was called Career Insurance or Mandatory Film Savings Law but this turned out to be a press agent stunt to exploit fallen stars in order to promote a new movie.

Elinor had disappeared again for a few years when it was quietly announced that she married Jack White in 1941. At this time she was described as 'actress and writer'. This marriage would also be short lived. White filed for divorce charging that Elinor was continuously intoxicated and received a marriage annulment in early 1944.

Her mother died in 1945 leaving her totally alone.

The early 1950's brought Elinor back to Seattle, Washington where she had lived for a short time as a child. It was here she died in the King County Hospital on April 26, 1957 of cirrhosis of the liver brought on by her chronic alcoholism. She was only 53 years old. According to her death certificate, she was listed as a housewife and her married name was Martin. Her husband's first name was not given.